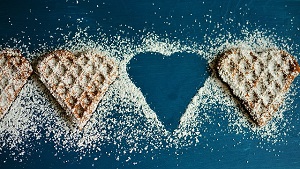 After the possible excesses of recent weeks, come January we are all encouraged (or some may say pressured) to make positive changes to our lifestyles. For those who partake of alcohol, we have dry January, while on the food front we have, most prominently, Veganuary.

Founded in 2013, Veganuary aims to inspire hundreds of thousands of people around the world try a vegan diet for a month. By the end of the month, it is hoped that participants will know much more about eating a vegan diet, how easy and tasty it can be, and about the many positive impacts it has on animals, the environment, and our health.

However, Veganuary isn't the only food related campaign taking place during January. Here are just a few of the perhaps less formal awareness days that you could use to start the discussion about healthy eating with pupils:

The 14th January is obesity awareness day. According to the NHS, obesity affects approximately one in four adults, and one in five children aged 10 to 11. It can lead to many serious health conditions that are potentially life-threatening. It was also

So, there is no better time to discuss healthy eating with pupils.

Premium Plus members and PSHE Premium members can download a selection of healthy eating resources to support the theme. Find out more here