Encourage pupils to work together for a better internet


The next ‘Safer Internet Day’ will be the seventeenth edition of the event and will take place worldwide on Tuesday 11th February 2020.

The theme for 'SID2020' will be ‘Together for a better internet’. The day aims to inspire young people to use technology responsibly, respectfully, critically and creatively. The campaign will also explore whether young people feel free to be themselves online - #Freetobe

To celebrate the fantastic work being done through Safer Internet Day activities around the world, we wanted to let you know about the annual competition for schools being run by our sister site, Safeguarding Essentials. To get involved, all your pupils have to do is complete the picture as shown below and then tweet their entries from the school Twitter account.

The template can be downloaded as part of the free Safer Internet Day assembly available to all Safeguarding Essentials members (if you are not already a member, you can join the free membership here), or you can create your own. This can be in simple text, an image or a video. As long as it can be Tweeted and includes @SafeguardingSGE in the message.

To submit your school entries:

Entry is open now and schools can enter as many tips as they wish. All entries must be received before midnight on February 7th 2020 to be included in the competition. Please see the competition terms here.

Childnet, a partner in the UK Safer Internet Centre, has launched its 10th Childnet Film Competition to encourage young people aged 7-18 to create a short film to educate their peers about staying safe online.


For 10 years the Childnet Film Competition has inspired young people to harness their creativity and educate their peers on online safety issues. The competition is delivered by leading children’s online safety charity Childnet, as part of its work in the UK Safer Internet Centre.

Judged by a panel of experts from the BBC, BAFTA, BBFC and BFI, the winning films will be shown at the finalists’ event in London and will be used as educational resources in schools across the UK.

This year’s theme focusses on what we can all do to make our future internet a great and safe place.

As Will Gardner OBE, Childnet CEO and Director, UK Safer Internet Centre said:
“What 10 years of the Childnet Film Competition has shown us is that young people are passionate about educating and inspiring their peers to stay safe online. We know that young people can play an important role in helping to address some of the risks and challenges of the online world. The Childnet Film Competition provides a platform for young people to do exactly this. Our theme this year, ‘Our future online’ gives young people the opportunity to play an active part in creating a better internet. We look forward to seeing the creativity that children and young people across the UK will undoubtedly demonstrate.”

Our future online – how to take part

The Film Competition is split into two age categories and schools or youth organisations must oversee and submit entries on behalf of all participants. For both categories, young people must create a film in response to the theme: ‘Our future online – what can we all do to make our future internet a great and safe place.’


For both age groups, Childnet are looking for creative, imaginative films which show how young people can make a positive difference online. Young people might express their ideas through a variety of ways, including comedy, animation, or music. They will be encouraged to consider different filmmaking styles such as creating an advert, campaign or documentary.

Childnet have developed resource packs including storyboard templates, guides to filmmaking and other useful documents to help schools and youth organisations engage and support young people in making their films.

Closing date and how to enter 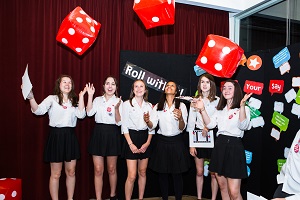 Entries need to be sent to Childnet by 10th June, including entry and media consent forms which can be found at www.childnet.com/film-comp. There is also important information about copyright that entrants will need to consider.

The shortlisted films will be shown on the big screen in front of industry guests and young people at the Childnet Film Competition 2019 Event at the BFI London Southbank and will also receive a BBFC rating.

The Film Competition winners will each receive a filmmaking kit for their school which includes a DSLR camera, tripod and clapperboard.

The winners will be decided by an expert panel which includes: 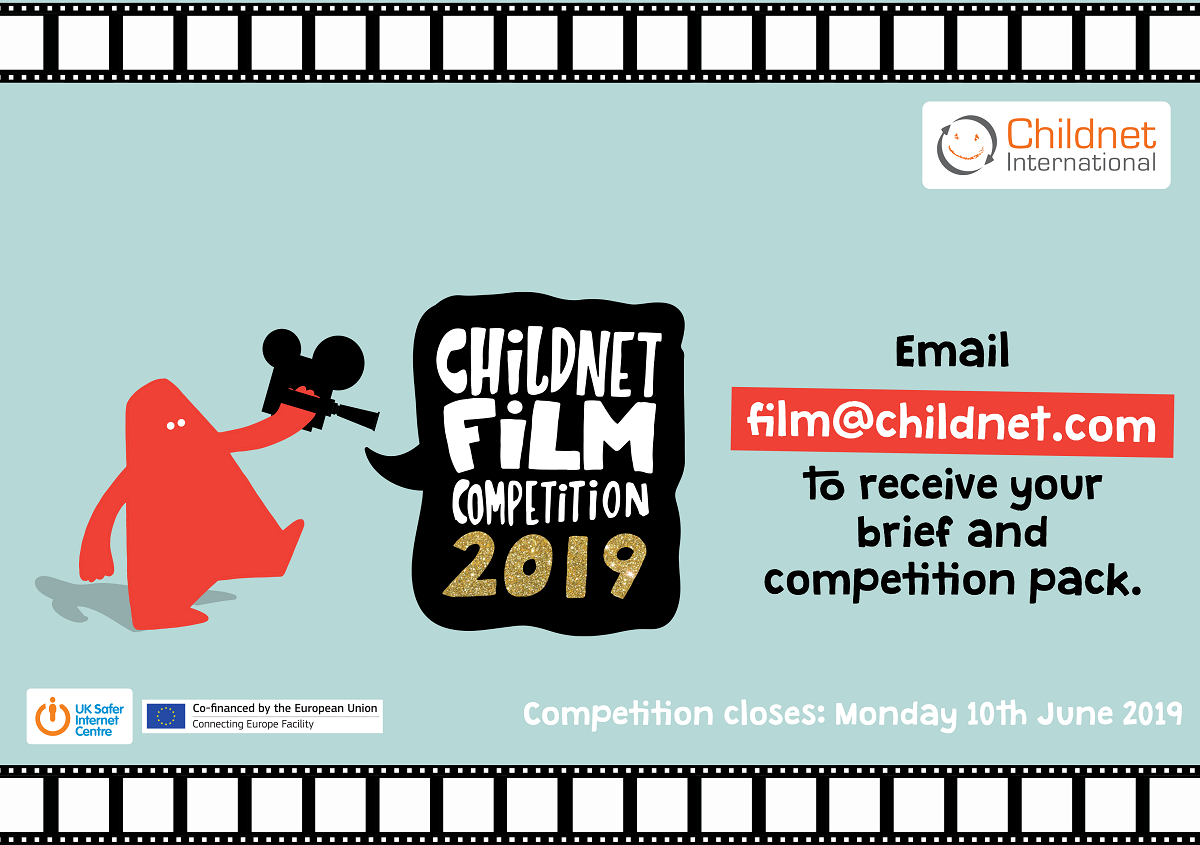 The team behind the UK's largest schools enterprise competition (The Ryman National Enterprise Challenge) are delighted to be announced as an official partner for this year's Global Entrepreneurship Week (GEW) campaign.

As part of the partnership, they will be running a FREE enterprise competition open to schools during the week, which this year for schools is Monday 14th - Friday 18th November.

The challenge will be a real-life apprentice style task set by one of the UK's most recognisable companies. Groups of students will be able to take part in the challenge as part of a lesson or during their own time.

The challenge will be based on the students developing an advert for a major UK company and will require the students to research the market and consider who they will target along with embracing their creative and presentation skills.

The challenge can be run individually or in groups of no more than 6 students, but how they go about the challenge and the time they invest in the competition is left down to you although a minimum of 2 hours to work on the concept is recommended. There is no limit on the number of teams one school can enter, however students must get permission from the school and a teacher will be required to fill in their details on the registration form.

The challenge which is open to all UK secondary school students will be released at 08.00 on Monday 14th with students having until Friday 18th at 17.00 to upload their entries.

Five shortlisted groups will be invited to attend the Ryman National Enterprise Challenge finals event (summer 2017) as special guests where the winners will be announced.

You can also keep up to date by following events on social media @_tnec or Facebook.