The Blue Moment film is a story of resilience and solidarity uncovering the mystery of a young woman from Africa who has arrived in Britain after being persecuted in her own country. 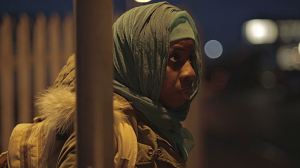 With more displaced people in the world than ever before, refugees are coming to Europe, and a small percentage of those are arriving now in the UK. KS3-4 young people in schools may well be aware of the young refugees, mainly from Syria, being given asylum here.

Blue Moment is a 45 minute, educational, online film drama made by safeguarding-drama specialists Risky Things for 15+ viewing. Devised with the Refugee Therapy Centre in London, it is based on real case studies of young refugees, who have endured torture, being helped to recovery here. Work started on the project 3 years ago, because of the challenges that refugees and their support organisations were facing: reducing funds for social services and adverse public opinion fed by often ill-informed, anti-immigration media reporting. Telling true stories has only become more important since then, and the issue more high profile.

This film of resilience and solidarity uncovers the mystery of an 18 year old, Muslim woman from Africa who arrives in Britain after being tortured (in Nigeria) as a child of 14. Alongside her story are those of the therapist who helps her overcome her torture-trauma, and a local bus-driver who supports her, despite the suspicions of his partner and some colleagues. Vulnerable to racist abuse, Alia moves slowly through the challenging asylum process accused of terrorism. She becomes homeless and is raped, but is determined to survive.

Blue Moment as a teaching resource
School pupils will come to the film with a range of attitudes, reflecting the range of views expressed in the film. A PSHCE, teacher-led lesson would create a safe space in which the issues could be debated, including issues which relate to colour, tolerance, citizenship and the current hostile climate towards immigrants for example.

Misinformation that has been widely disseminated (for instance, during the Brexit campaign) can be corrected with accurate statistics from organisations such as the Migration Observatory at Oxford University (e.g. only 7% of immigrants are asylum seekers, 64% of asylum seekers are refused and the UK received only 3% of the asylum claims made across the EU).

The scenes of Alia suffering verbal and sexual abuse in the film can be discussed directly with safeguarding approaches that use the support links from the training notes that are available online. While the rough sleeping scenes in the film can draw discussion to consideration of homelessness and the housing shortage for example.

In these challenging times of growing mental health problems amongst young people it should be widely relevant to watch how a young woman, dealing with depression in therapy, confronts her demons and is helped to recover from her trauma. Surviving her ordeal she can be an inspiration to her peers watching, who are protected from the stigma of direct association by her refugee situation.

This free educational resource, funded by Big Lottery and sponsorships, is available here, where training notes to aid discussion are also provided. 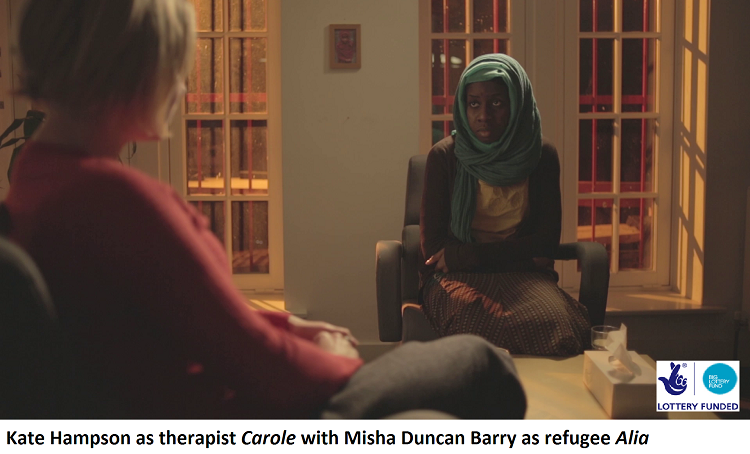 Our thanks to Cathy Denford, Artistic Director of Risky Things theatre & film for providing this article